Were you recently injured in an accident, fall, or medical procedure?
Time is critical. Contact our Bellevue, WA, personal injury lawyers for a free consultation.
Call us at (425) 576-8150 or contact us online for prompt evaluation by an attorney.

Aggressive Personal Injury Attorneys
Ready to Fight for Your Rights

Since 2008, Quick Law Group, PLLC, has helped victims of serious injuries and wrongful death through aggressive, personal, and fearless advocacy. Our Bellevue, WA, personal injury attorneys represent victims in and out of the courtroom, and we are not afraid to take your case to trial to achieve the best possible outcome.

Attorneys Liz Quick and Matt Quick frequently represent individuals who have been injured by accidents, mishandled events, and medical malpractice. Our lawyers are not afraid to take on the most challenging cases. Our hard work and relentless pursuit of justice for our clients distinguishes Quick Law Group, PLLC, as a top personal injury law firm in Bellevue and the greater Bellevue area.

What Sets Our Law Firm Apart?

Our personal injury attorneys work for the client, not the insurance company. We have dedicated our careers to helping clients receive full, not partial, justice, and we pride ourselves on our extremely hands-on approach to every case.

Our Bellevue firm was established in 2008, but our personal injury lawyers have been practicing law for nearly 30 years combined. The attorneys at Quick Law Group, PLLC, are familiar with the local court system and have built a network of medical professionals including surgeons, orthopedics, neurologists, physical therapists, and chiropractors to ensure our clients receive proper medical treatment throughout the litigation.

At Quick Law Group, PLLC, our team is accustomed to the courtroom and prepared to litigate your case if it goes to trial. Liz Quick attended Gerry Spence Trial Lawyers College—an exclusive, invite-only training institution for lawyers.

Contact Our Personal Injury Lawyers for a Free Consultation

If you were hurt as the result of an accident, mishandled event, or medical error, you need a personal injury lawyer on your side. At Quick Law Group, PLLC, we represent a wide range of practice areas and are members of various notable organizations, including:

Our Bellevue team can listen to the details of your case and provide honest feedback during a free consultation. To schedule your free case review, request an appointment online or call us:

Send Us a Message

Five stars is not enough. I contacted the Quick Law Group after my first lawyer failed several times to respond to my inquiries. From the first day we spoke, until the case was completed, the lawyers at this firm were very responsive, sympathetic and extremely professional. In addition to keeping me well informed, they explained all of the legal and medical issues in plain English. I also know for a fact they spent many hours dealing with many people who were "less than cooperative."
I am in my sixties and have dealt with the many members of the legal profession throughout my adult life. I can say without question, should the need arise you will be smart to read about the others, and then hire the Quick Law Group!

My wife had PTSD after a really bad crash. She hated dealing with anything related to her crash because it added onto her anxiety. Another attorney she had spoken to said she would have to do this or that, thus leading to more anxiety, whereas Matt Quick took care of everything, thus putting her at ease. It was also very important for my wife to hire someone whom is honest and fair, while looking out for his or her client's best interest. She didn't want to hire the next attorney who plans on milking the insurance company. She wanted someone honest. Matt was just that guy. He was also very thorough and communicated everything very well. It was such a relief for my wife to have someone she could trust handle everything for her.

Do You Need a Personal Injury Lawyer?

In any personal injury lawsuit, there are three basic requirements that potential clients must meet. These things can be difficult to prove on your own, but our Bellevue attorneys can help you acquire the care, support, and evidence you need to build a compelling case.

To file a personal injury lawsuit, you must have evidence of physical or psychological trauma.

You must be able to prove that your injury was caused by the negligence, wrongdoing, or malpractice of another party.

Lastly, you must show that the damages recovered in a settlement or verdict can compensate you for the medical expenses, losses, or pain that you endured as a result of the incident. 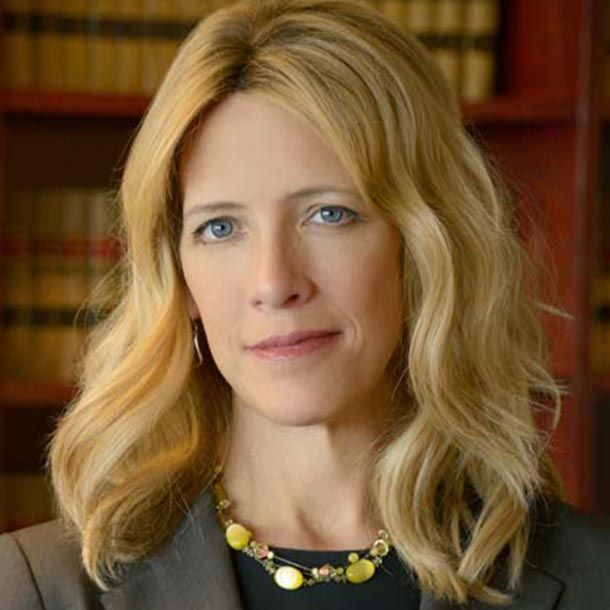 Personal injury lawyer Liz Quick began practicing law in 1999. She is licensed to practice in both Washington and Massachusetts, but she chose to practice in Bellevue so she could serve her home state of Washington.

Liz is on the board of governors for the Washington State Association for Justice (WSAJ). She is highly regarded and trusted by her peers—many of the cases handled by Quick Law Group, PLLC, come by referral from other local and national attorneys and law firms. Liz devotes considerable time to a variety of charitable organizations, as well as to local and national legislative organizations and public officials who share her commitment to stand up for people over powerful corporate interests. Liz will forever be a champion for the "little guy." 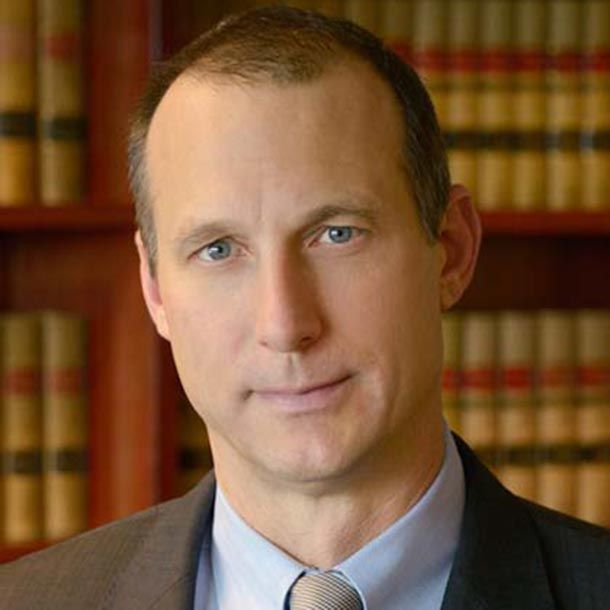 Attorney Matthew Quick studied Economics and enjoyed an extensive career in management and the mortgage business before joining Elizabeth at her growing solo practice in 2009. While working with Elizabeth full-time, he attended the Seattle University School of Law and graduated in 2013. 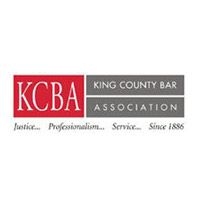 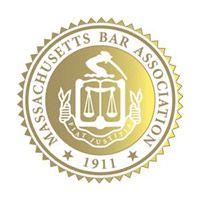 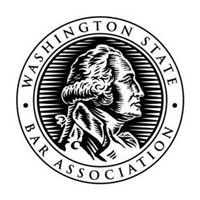 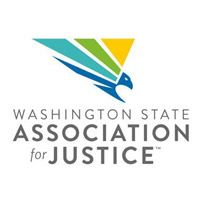 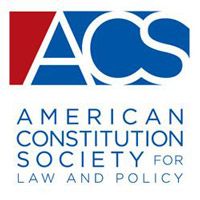 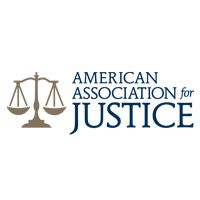 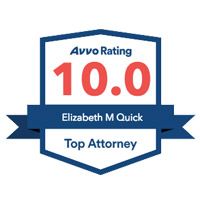 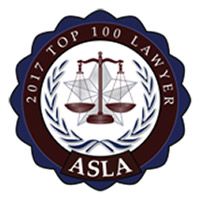 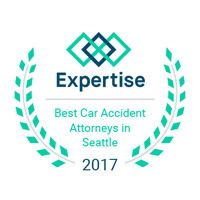 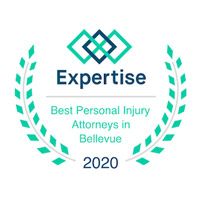 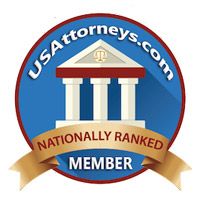 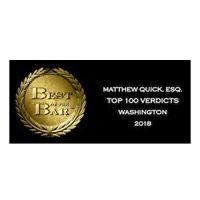 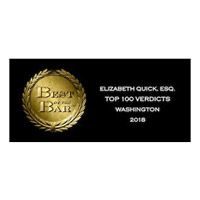 Our personal injury attorneys represented Mr. H, a commercial oven hood cleaner who suffered a fall and head trauma at work, in a case against his chiropractic clinic. Despite the circumstances of his accident, his declining neurological state, and repeated requests for a referral to a specialist, Mr. H's chiropractors refused to refer him to a medical doctor or diagnostic imaging.

When Mr. H finally underwent an MRI six months after his trauma, the scan showed a large brain bleed, which was causing headaches, vision issues, and other disturbances. As a result of his delayed diagnosis and treatment, Mr. H had to undergo two brain surgeries and was left with permanent brain damage.

After the chiropractor's insurance company failed to settle the case, our law firm took them to trial. The jury awarded our client more than $6 million in damages.

"The insurance companies are not looking out for your best interests, but we are. We don't take their low offers. We take them to court." Quick Law Group, PLLC 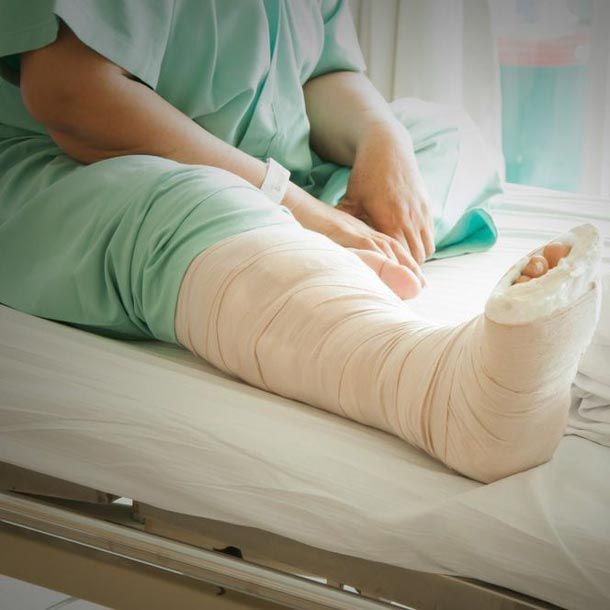 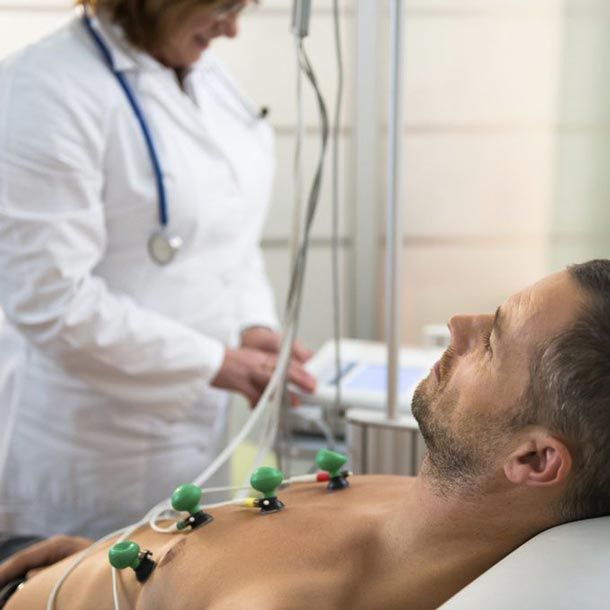 When a physician, nurse, or healthcare provider fails to follow their "duty of care," the consequences can be devastating or deadly. Our Bellevue firm has represented medical malpractice cases since 1999 and we are committed to helping clients stand up to large medical corporations and their insurance companies. 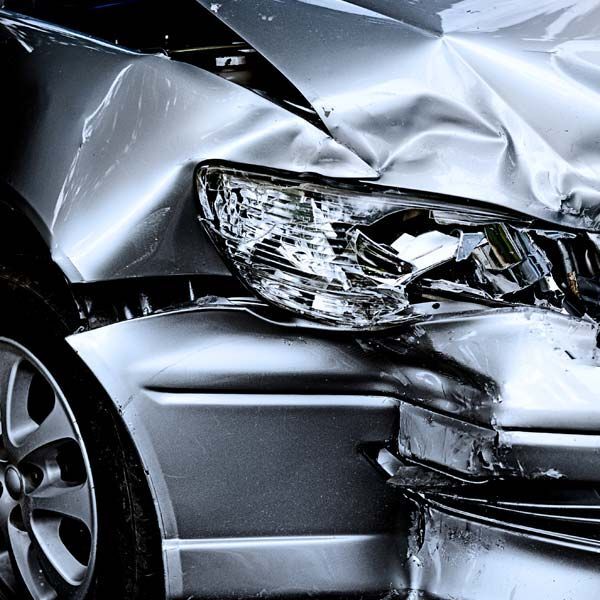 Car accidents happen. But if you are hurt in an accident caused by the negligence or recklessness of another driver, you may be entitled to compensation. Our personal injury lawyers represent people who are injured in car accidents and not the insurance companies involved. We can help you get the care you need and fight for the compensation you deserve. 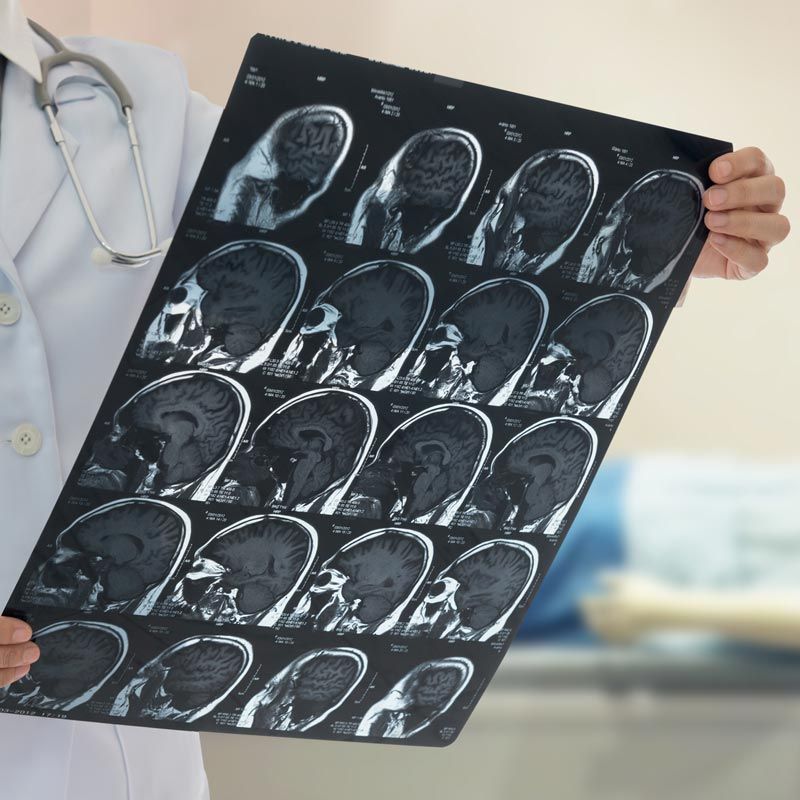 If you suffered a traumatic brain injury (TBI) as a result of another individual or party's negligence, you need a lawyer who can examine the extent of your injuries, coordinate your care, and help you get the lifetime support you need. Our personal injury lawyers have represented many TBI victims, helping them deal with the devastating after-effects. 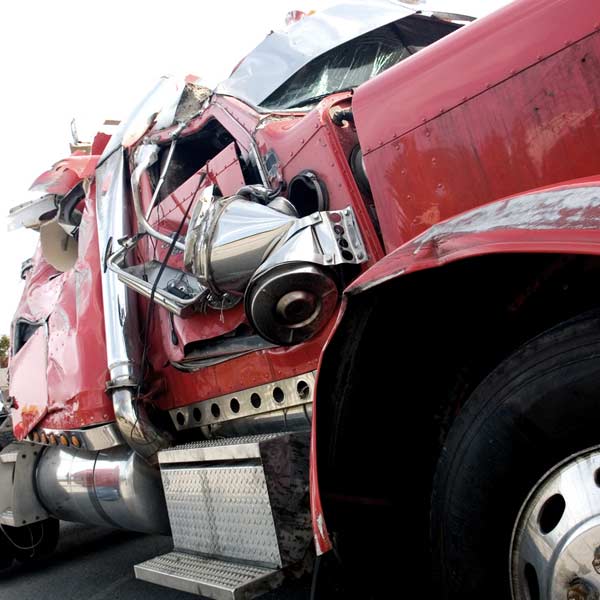 Because of their size, weight, and dimensions, big trucks can cause massive damage when they are involved in collisions with other vehicles. If you sustained a catastrophic injury or property damage as a result of a truck accident, it can be difficult to point to which party is responsible for paying your damages. Our Bellevue personal injury attorneys can help you establish liability and recover compensation. 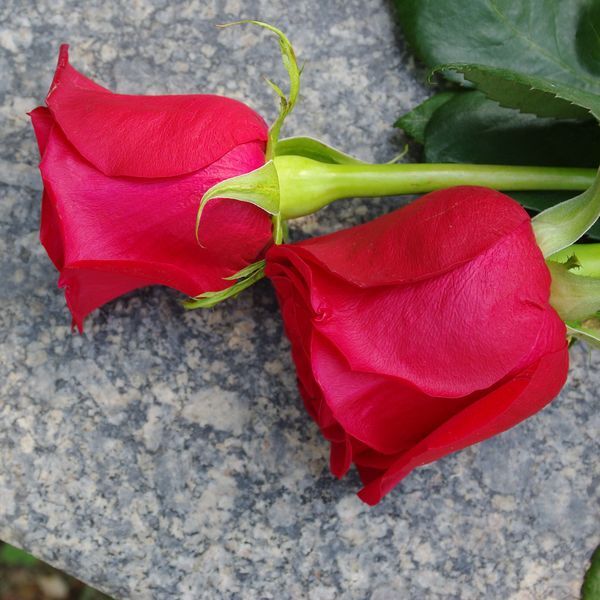 Although no amount of money can bring a loved one back, compensation for a wrongful death suit can help ease the financial burden on your family. If one of your family members lost their life because of another party's negligence, our personal injury attorneys can help you hold the responsible party accountable for their actions.

Assisting Clients with a Wide Range of Personal Injury Cases

Quick Law Group, PLLC, is known for handling the most challenging medical malpractice, auto collision, and wrongful death matters. Our firm will consider injury claims caused by any wrongdoing or negligence. The scope of services includes:

Injured? You Need a Personal Injury Lawyer On Your Side

Stand Up to Insurance Companies

Our personal injury attorneys are not afraid to stand up to large corporations and insurance companies, and we will take them to trial if necessary.


Over the years, our attorneys have established a network of experienced medical specialists including physiatrists, neurologists, neuropsychologists, and chiropractors who can provide the expert care you need.

When you accept a settlement offer from an insurance company, you run the risk of settling your case for less than it is worth. Our attorneys can evaluate the extent of your injuries and calculate the amount of care you will need to ensure you are protected for a lifetime.

To discuss your case, request a case review online or call us:

Worried about the Cost of Hiring a Personal Injury Lawyer?

With us, you can afford legal representation. Liz and Matt take on all personal injury cases on a contingency basis, meaning you do not owe us anything until (and unless) we recover compensation on your behalf.

Per the Washington State Legislature, personal injury actions must be commenced within three years of the accident. If you do not file a claim within three years, your case could lose validity or be rejected. For this reason, it is important to speak to an attorney as soon as possible.

"Liz and Matt helped me when I was in a terrible car accident. They guided me through everything and worked so hard for over two years to get me a fair settlement. They are always available to answer questions and give updates. They are polite and professional. They are amazing. I highly recommend them." Ashton - Satisfied Client 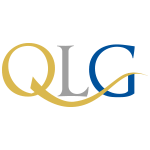 Authored by Our Attorneys

August 19, 2022 Common Causes of Slip and Fall Accidents
August 19, 2022 Truck Accidents and Blind Spots: Causes of Collisions
May 12, 2022 How Long Does it Take to Settle a Wrongful Death
Read More Legal Publications